I hate to be super negative on here, but guys I was so so disappointed. I thought the first two books in the series were good (not blown away) and the way the ended was left at Wicked King had me so ready to read this final installment. As soon as I got my hands on the book I was nervous about how thin it was… but it started out on a high note with a dual and then the arrival of Taryn needing help due to Locke being dead.

I was all ramped up to see Jude back in Fairy so soon in the story, but it all went downhill from there. I expected to binge read the book like I did the first two, but I found myself losing interest and it took me over a week to get through, which is unusual for a book so short.  I felt like the closing of the story was completely rushed and then ending of the last book was totally written off by it being a joke from Cardan, and that as Queen Jude could have pardoned herself at any time and come back. By the time the last quarter of the book came around it was almost predictable, which throwing me for a loop was something I admired about this series.

I did appreciate the ending being wrapped up nicely with really no questions left hanging… I would like for there to have been a bit more betrayal and less happiness at the end for the “wicked” characters though.

Maybe it was just the final book curse, what did you think? Tell me below in the comments.

The Wicked King (The Folk of the Air #2)

I read The Cruel Prince last year and thought it was good but not the most amazing thing I have ever read. The Wicked King was much better in my opinion. 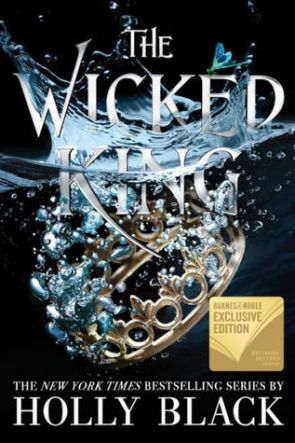 It still took me a few chapters to really get drawn in but once I was there I was totally hooked. The Jude and Cardan dynamic just drove me crazy and on top of that you never know who all else is really out to get her versus help her (especially her sister Taryn). I love to hate these characters!

Part of the outcome of the book is a bit predictable due to the release of the title of the third book “Queen of Nothing” but I still did not see the ending coming and I want the next book right now!! (This is why I told you guys I don’t like reading until a series is complete!)

The first lesson is to make yourself strong.

After the jaw-dropping revelation that Oak is the heir to Faerie, Jude must keep her younger brother safe. To do so, she has bound the wicked king, Cardan, to her, and made herself the power behind the throne. Navigating the constantly shifting political alliances of Faerie would be difficult enough if Cardan were easy to control. But he does everything in his power to humiliate and undermine her even as his fascination with her remains undiminished.

When it becomes all too clear that someone close to Jude means to betray her, threatening her own life and the lives of everyone she loves, Jude must uncover the traitor and fight her own complicated feelings for Cardan to maintain control as a mortal in a Faerie world.

Overall Rating: ****
This was actually the very first box I ever purchased from Beacon months ago when they first went on sale.  I have received two of their monthly boxes since then and was not totally blown away so have to say I was pleasantly surprised by the content of this box, especially for the price (about $55 shipped). 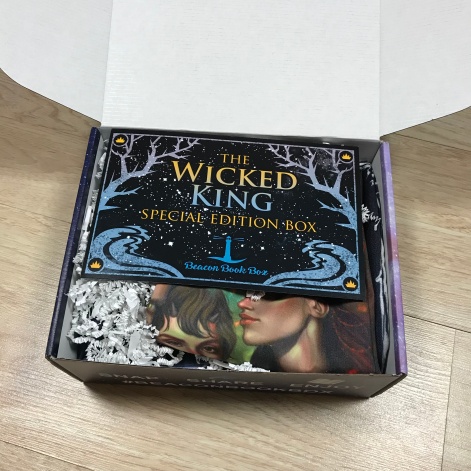 This box also came right after the release so was super thrilled, even though I still have not made time to read the book yet… its next on my TBR for this weekend I swear!!! 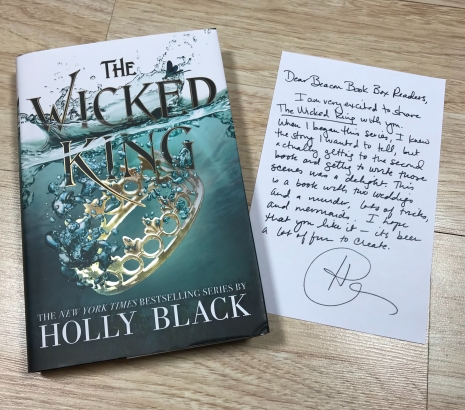 This box came with: 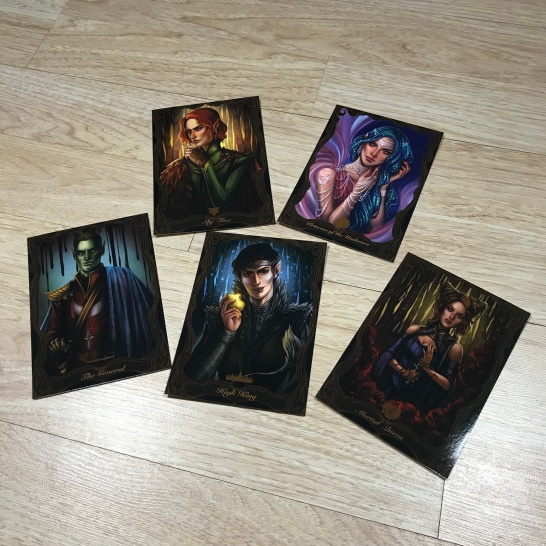 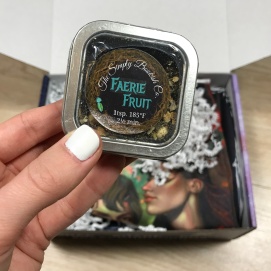 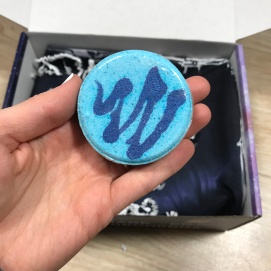 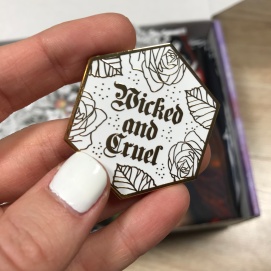 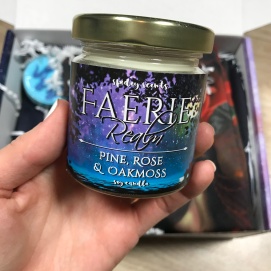 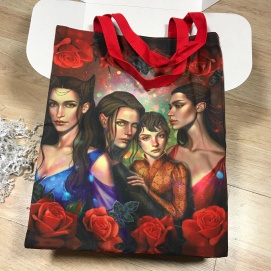 The one issue I had with this box was the condition of the book. There was some damage to the corners and dust jacket which is not something I have ever encountered with a book from a box purchase (and not something encountered with Beacon previously). Had this been a book I purchased from a retailer I would have taken it back in to exchange. 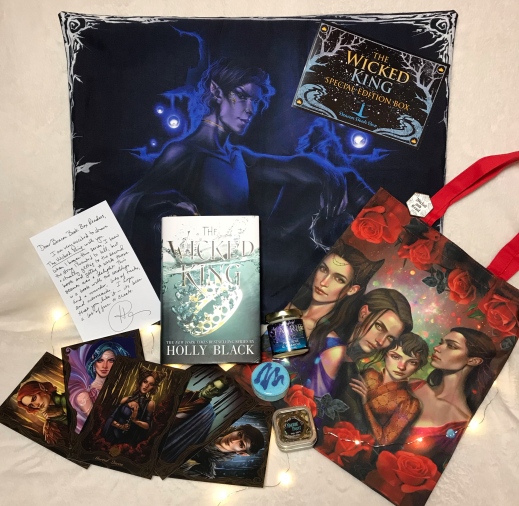 I have two more special edition boxes coming that I cannot wait to share with you guys.. and of course the book review! I have heard the ending leaves you needing more!!

In preparation for the release of the Wicked King I held off on reading this novella to wait and get my hyped since it had been so long since the release of The Cruel Prince.

While I did buy this on Kindle I ended up listening to the audiobook with my free trial of Scribd. It was only an hour and a half so was really easy to get through… plus the narrator did a great job and her imitations of the guy voices were hilarious!

This novella is based on Taryn apologizing to Jude for the events of The Cruel Prince and giving her side of the story. I actually really enjoyed seeing the story for Taryn’s point of view, and I felt like it really filled on some gaps in the original story. Don’t get me wrong I still don’t like her any more than I did at the end of The Cruel Prince but I hate Locke 100 times more. The way Taryn tells the story really gets across just how devious he is. This was the perfect sample story to get me excited again for The Wicked King after such a long gap from reading the first book. I would have given this novella 5 starts if it had more length.

Although I didn’t get the book right on the release date I ordered several special edition boxes and the Barnes and Noble exclusive book so look for lots more reviews in the near future!

What is a book on your tbr that you plan on reading soon?
What is a series do you need to catch up on or finish?
What was the last audiobook you listened to?
He's not just one villain. He's three… Triple Threat by @authorkwebster is now LIVE!
How do you plan and keep track of your reading for the year?
What books have been on your TBR the longest?
blog book blog Book recommendation book review Book Reviews books fantasy fiction good reads reading review Reviews romance unboxing ya fantasy
Loading Comments...